Kick off your conference experience with a concert by our keynote speaker!


In celebration of JCCC’s 50th anniversary, the Nerman Museum and Carlsen Center are co-presenting a concert the evening of October 10. Based in Seattle, Khu.éex' (pronounced koo-eex) features a unique mix of spoken word, native storytelling, and singing, performed with an experimental approach with rock/funk aspects. The band also performs in traditional regalia and northwest coast masks.

Artist and band co-founder Preston Singletary (bass) is our keynote speaker for the conference on Friday the 11th at lunch. The Thursday evening concert will be free to people with conference registration, and tickets will be available for friends and family and the general public.
Members of the band bring light to aspects and cultural perspectives of Indigenous people. Performances reach out to a wide demographic from very young to older audiences.  “Khu.éex’ is an Indigenous band full of creative members, including storytellers, activists and artists, that bring this collective energy to the stage as one powerful unit. Our focus is raising awareness of social issues, stemming from the Native American struggle, that branch out to serious issues that affect all people. We are bringing a much-needed Indigenous perspective while keeping our tribal culture and endangered ancient languages alive through music, storytelling and art.
We are members of the Tlingit, Haida and Blackfoot tribes. Some of us were raised in traditional villages with cultural knowledge and understanding of the protocols of the culture, while some of us were raised amongst the urban Indigenous community of the Pacific Northwest. No matter where we settle, we are keepers of cultural knowledge and languages.”
www.khueex.com 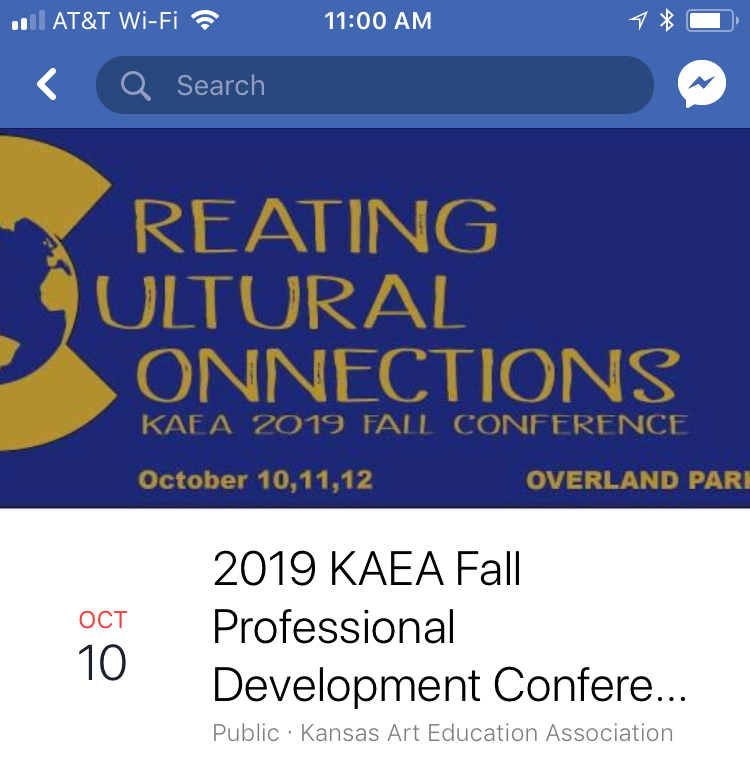 KAEA
The Kansas Art Education Association is the largest organization of Art Educators in the state of Kansas.